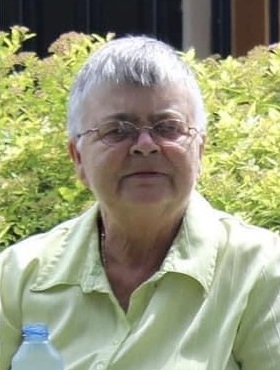 It’s with heavy hearts, that we announce, on November 2 2022, Leona Christina (Tiffin) Spicer passed away peacefully after a brief illness. She was born in Camden Township on March 23 1945, the first child for Lea and Myrtle (Hart) Tiffin.

Leona is survived by her husband of 59 years, Wayne Spicer. Her dream was to be married and have children. She was more than happy to be the central figure in the lives of her children, grandchildren and great-grandchildren. Anyone who knows her kids, know that she was a star in their eyes, and that’s all that ever mattered to her. Leona and Wayne raised four kids: Colleen (Rick) Luyt, Coralee (Garth) Gillanders, Kevin (Esther) Spicer, and Kris (Laura) Spicer.

Wayne and Leona are expecting great grandbabies #23, #24 and #25 in early 2023. Hayden, Reid, Fallon and Lil’ Leona spent many hours with their GiGi, giggling, colouring, puzzling, snuggling and snacking. Leona is predeceased by her great granddaughter, Layla.

Leona is the oldest of 5 children and survived by Carl (Hilda) Tiffin, and Ken Tiffin. She is predeceased by her sister Linda Elliott and her brother Dennis Tiffin. She is sister-in-law to Fred (Mary Margaret) Spicer and Kathie (Greg) Rousseau. She is respected and loved by many nieces and nephews.

Leona grew up in McKays Corners and worked for Marg and Gene Ryckman in their corner store. She married Wayne on October 12 1963 and they moved and made their home in Chatham.

Leona was a force to be reconned with: playing ball and dominating in the Young People’s league as a hitter and shortstop, playing horseshoes in campground tournaments, hitting the dance floor showing her waltz or polka moves, playing darts with neighbours, catching the biggest fish in the fishing derbies, the soccer or softball cheerleader, painting or card making and gifting her works, cooking and making sure everyone never left hungry, and babysitting/raising kids - no matter who’s they were - (Leona was the babysitter-caregiver-extraordinaire!)

Leona spent a few weeks in Chatham Kent Health Alliance on third floor, and made so many friends - Thank you section “E” third floor nurses, doctors and staff - for your support, love and for appreciating Leona’s sense of humour. A big “thank you” to the Chatham Kent Hospice - for your care with Leona, and for your help and support to the family.

Share Your Memory of
Leona
Upload Your Memory View All Memories
Be the first to upload a memory!
Share A Memory
Send Flowers