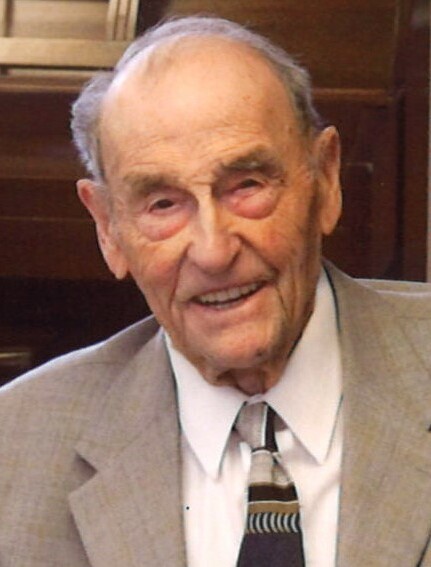 A resident of Ridgetown, Douglas McFadden passed away at the Chatham-Kent Health Alliance - Chatham on December 23, 2021 at the age of 101.

Born in Chatham Township in the village of Tunerville he was the son of the late Clarence and Ada (Shaw) McFadden.

Always remembered by his niece Susan Robinson of Dresden.

Doug attended high school in Dresden. He married the beautiful, kind and loving Lois Jean Robinson in 1944 and resided on his farm in Tunerville for 58 years before moving to Chatham and later to Ridgetown. He was a very successful farmer, enjoying his horses and cottage on Walpole Island, but most of all he enjoyed time with his wife and family, grandchildren and their families.

A private family service will be held with a livestream at 1:00pm on December 28,2021 and interment at Dresden Cemetery.

Donations made in memory of Douglas to Emmanuel Baptist Church, Salvation Army Chatham or the charity of your choice would be appreciated.