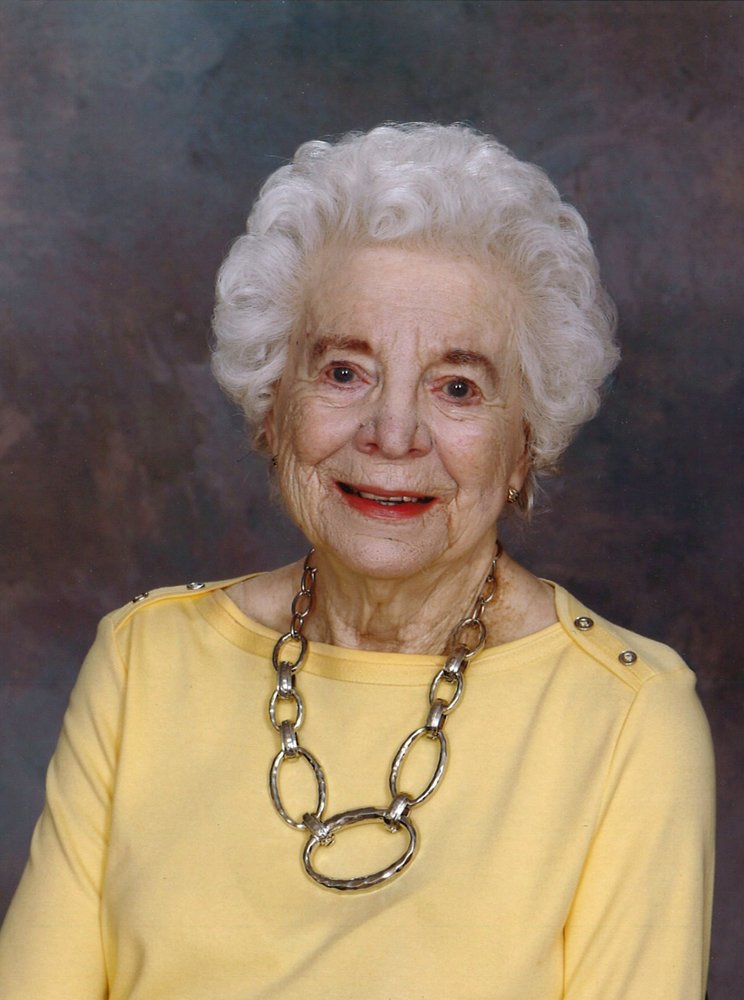 A longtime resident of Chatham, Marion passed away peacefully at Riverview Gardens Nursing Home on Wednesday, October 2, 2019 in her 94th year.
She was the daughter of the late Ernest and Elizabeth (nee Arnold) Chrysler.

Predeceased by her siblings, Murray, Robert (the late Margaret), and John Chrysler.

Music was a major driving force in Marion's life. Given her natural talent, early on she studied both voice and piano.

She was keenly interested in having a career and chose to become a teacher to encourage young people to explore the arts.

She started as an itinerant Elementary School music teacher in Chatham and later transferred to the Secondary School system.

Marion constantly upgraded her skills and education, earning diplomas and university degrees while maintaining her career and raising a family.

A true musician, she embraced all genres - from sacred music, opera and classical, to country music and international sounds.

Marion had an outstanding voice; she was featured as a soloist in the Laudate Dominum and the Park Street United Church choirs.

Marion earned a reputation as a gifted performer. The starring roles were hers and she shone in Gilbert and Sullivan operettas.

Those experiences provided the background to start staging productions of musicals in the high schools, along the way discovering and developing soaring talent among local singers. She had a true empathy for young people, as evidenced by the instant rapport she developed with her students.

Never content to sit still, she believed in always expanding her knowledge and improving; this proved to be quite motivational to those around her.

But music was not her only focus.

She was especially proud of her spectacular gardens around the family's home. She derived tremendous pleasure from their care and was rewarded by the explosion of colour they provided each spring.

She was eager to travel and see the world. Together with her husband Don, they explored Europe, South Africa, China, Australia and New Zealand. After he passed away - and well into her eighties - she continued her travels with her daughter, Ruth.

Marion loved style - always reflected in her clothing choices. She had true flair. She believed in always presenting her best self - seldom a hair out of place and there was always lipstick!

With her ever-present smile, she put people at ease instantly and could relate to everyone.

Marion was the heartbeat of our family. She loved, encouraged, motivated, guided and inspired each one of us, always gentle, always positive. She was loved. We are profoundly grateful that we could be a part of her life.

The family would especially like to thank the staff at Maple City Residence and Riverview Gardens 2-West for their compassion and professionalism in caring for our Mom.

Family to receive friends on Sunday, October 6, 2019 from 7:00 - 9:00 pm at McKinlay Funeral Home, 459 St. Clair Street, Chatham. A Funeral Service to take place at the Funeral Home on Monday at 11:00 am with Visitation from 10:00 am until Service Time. Burial to follow in Maple Leaf Cemetery.

A Celebration of Marion's Life to take place at a later date.

In memory of Marion, donations may be made to the Shriners Children's Hospital or to the Canadian Diabetes Association.

Share Your Memory of
Marion
Upload Your Memory View All Memories
Be the first to upload a memory!