Cemetery out, 'water burial' in 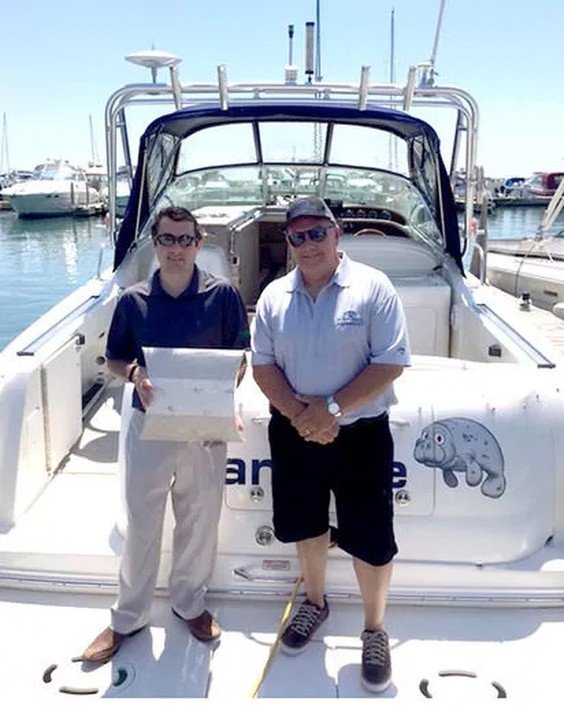 A Chatham-Kent funeral home is teaming up with a new charter service to offer water burials.

Nathan McKinlay, managing funeral director at McKinlay Funeral Homes Ltd. said, “there are a number of families who want options outside of the cemetery.”

He said McKinlay Funeral Homes has been in conversations with certified skipper Marc Lesperance, who has recently launched Perpetual Waters Charter Service. It provides water burials.

“We offer this service where we can take them, and some family members out, and just have a nice, quiet meaningful time and have the cremated remains scattered properly,” McKinlay said.

The funeral home recently announced the service on its Facebook page, which attracted a lot of attention, including many positive responses.

“Honestly, what it has been – what I found on Facebook in particular – is an education piece for people,” McKinlay said. “A lot of people didn't think it was legal.”

He said there's a been a change in legislation a few years ago that allows cremated remains to be scattered on any Crown land, private property or body of water.

Lesperance, who has worked in the funeral industry for the past 36 years, operating primarily out of the Windsor and Essex County area, said water burials have been done privately by families for years.

“I'm a charter service specifically dedicated to the funeral industry,” he said.

Lesperance said having a funeral home take care of the arrangements ensures “it's done respectfully, professionally, abiding by all the rules and regulations.”

McKinlay said there is no requirement to go through a funeral home to scatter cremated remains, but if someone where to offer a charter service for this purpose, they would need to be licensed as a funeral home.

There is a biodegradable water scattering urn available that Lesperance said provides an “eco-friendly way of providing this service.”

He said water is saturated in the urn, causing it to sink to the bottom in about 15 to 20 minutes from the time it’s launched from the boat.

A prayer service or some words of remembrance can be spoken during that time to provide a closing aspect to the ceremony, Lesperance said.

A certificate of scattering of ashes is also provided that includes the exact GPS co-ordinates of where a loved one's ashes were scattered so families and friends can revisit the area or have another person's ashes placed in the same location in the future, he said.

McKinlay said providing the service is just another aspect of the evolution taking place in the funeral industry, which is seeing more people moving away from traditional funeral services.

Earlier this year, the funeral home became one of the few in Ontario to obtain a permanent liquor licence for its Chatham location.

“We're trying to do our best to lead the pack,” McKinlay said. “It's been very satisfying number of months.”

Please wait No comments have been left yet.
Please wait

C-K residents can collectively experience Remembrance Day via video Remembrance Day is still more than a week off, but the way COVID-19 will curtail how legion members across Chatham-Kent can hono...

Television Broadcast: HERE McKinlay Funeral Home in Chatham is trying to raise spirits by serving spirits, and other alcoholic beverages. It is one of eight funeral homes in Ontario to have acqui...