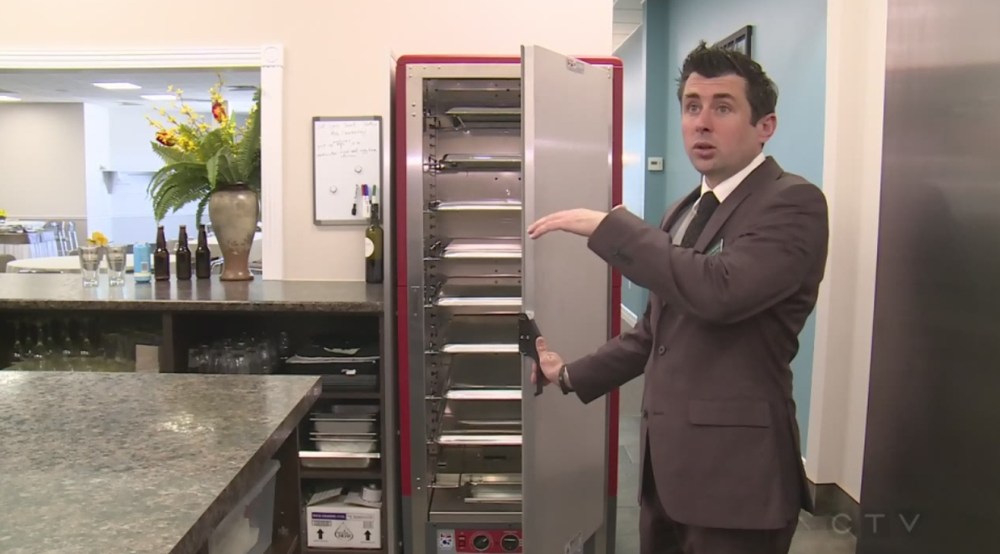 McKinlay Funeral Home in Chatham is trying to raise spirits by serving spirits, and other alcoholic beverages.

It is one of eight funeral homes in Ontario to have acquired a liquor licence.

Funeral Director Nathan McKinlay says they made the decision because they were getting more requests from families who wanted to remember their loved ones in a different way.

“Over the years, we've had numerous requests for people to have a beer because Dad's favourite beer was blue and they wanted to have a blue” says McKinlay. “Now we have that option.”

“We're finding that a lot of the people don't want their parent's funeral. They want something a little more personal for themselves” notes McKinlay.

McKinlay says they will also offer spirits, wine and food.

“We had a service here for a gentleman who was a scotch man and so everyone had a toast of scotch” says McKinlay. “We had ginger ale for the kids and anyone who didn't want to drink."

Please wait No comments have been left yet.
Please wait

C-K residents can collectively experience Remembrance Day via video Remembrance Day is still more than a week off, but the way COVID-19 will curtail how legion members across Chatham-Kent can hono...

Cemetery out, 'water burial' in

A Chatham-Kent funeral home is teaming up with a new charter service to offer water burials. Nathan McKinlay, managing funeral director at McKinlay Funeral Homes Ltd. said, “there are a number of ...