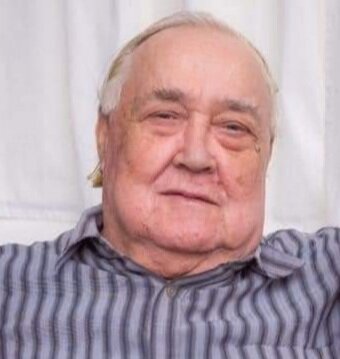 A longtime resident of North Buxton, Harold (Harley) Carlsen passed away peacefully at home on Friday, December 30, 2022 at the age of 81.

He was the son of the late Hjalmar Carlsen & Elizabeth Crosby-Travis (nee Crosby) (the late Henry Travis).

He will be sadly missed by his 14 great-grandchildren.

Harley will be dearly missed by his honourary brother, Terrance Travis, and many nieces, nephews & cousins.

Harley retired after 30 years as a Garbage Truck Operator. He was a longtime member of North Buxton Community Church. He could often be found on his John Deere lawnmower, cutting multiple acres of grass. Harley had a unique sense of humor, and a contagious laugh. A staple of North Buxton, he will be sadly missed by all who knew him.

Cremation to follow with Private Family Interment at a later date.

In memory of Harley, donations may be made to North Buxton Community Church.

Share Your Memory of
Harold
Upload Your Memory View All Memories
Be the first to upload a memory!
Share A Memory
Send Flowers