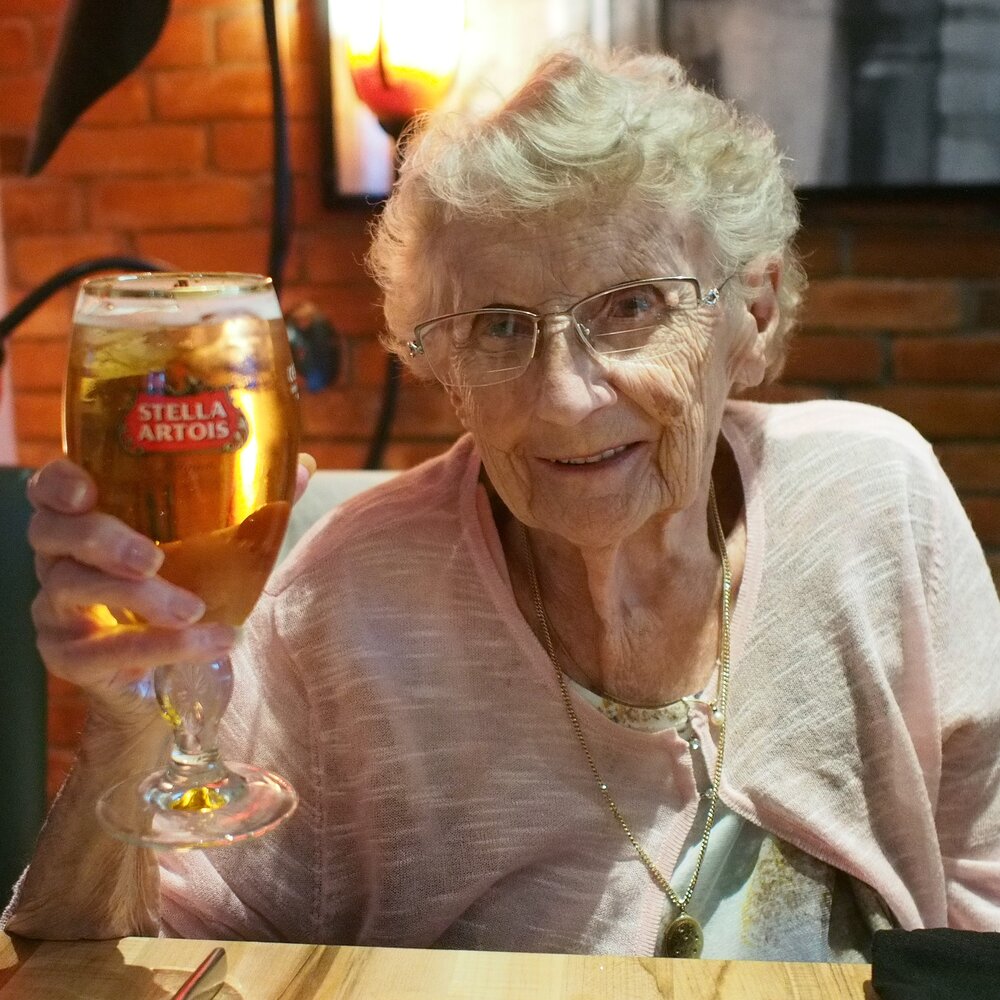 Mavis Malott died on November 27, 2022 after a slow decline in health at home, followed by a more rapid one in hospital, aged 93 years.

She was born Mavis Agnes Brown on May 9, 1929, the youngest child of Guy Cresmond and Mary Elizabeth (Sharpe) Brown, on the family farm in Chatham Township at Oungah, Ontario.

Mavis is survived by her husband of nearly 73 years, John J. Malott and by sons Richard (Joanna), David (Trixie), Michael (Tina) and Scott (Rebecca), as well as by 7 grandchildren and 10 great-grandchildren. She is also survived by her brother Herbert Brown (Louise d.) of Whitby, ON, by many nieces and nephews and their children and by her cat Izzy.

Mavis's mortal remains have been cremated. There will be no funeral, rather a gathering in Mavis's memory will be arranged and announced at a later date.

We also would like to thank the Bayshore PSW staff who made it possible for Mavis and John to remain in their home of more than sixty-two years. We are particularly grateful to Amy, Bernadette, Katrina and Nicole for their devoted attention to the daily needs of Mavis and John over the past four years.

Condolences and anecdotes can be shared at www.mckinlayfuneralhome.com

Share Your Memory of
Mavis
Upload Your Memory View All Memories
Be the first to upload a memory!
Share A Memory
Send Flowers