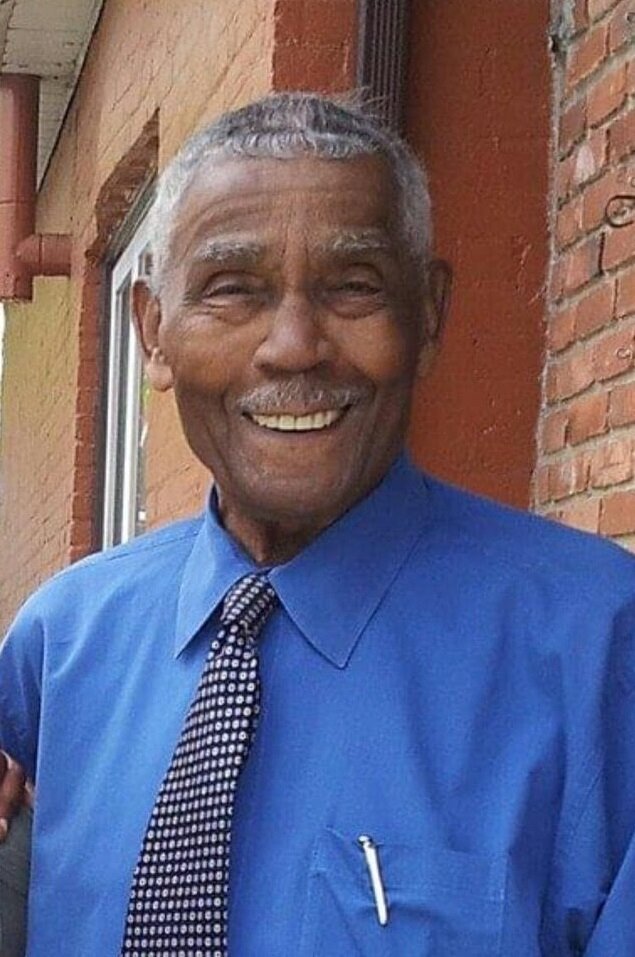 A CELEBRATION OF LIFE AND

John Orval Olbey passed away at the Chatham-Kent Health Alliance on Monday, October 24th, 2022 in his 101st year surrounded by his loving family. Beloved husband of Olive Olbey (Steele). Dad was the best father, and grandfather but more so most loving and caring to his wife Olive of 73 years. Dad will also be missed by the neighborhood as he was often out enjoying his walks up until 2 weeks ago.

John was the son of the late Howard and Arabella Olbey (Hammond). He was the youngest of 7 children, 5 brothers Harry, George, Wilf, Howard, Cliff and one sister Dorothy.

John served with distinction with the Fourth Armoured Division. He was a survivor of the Battle of Falaise Gap. He was recently featured in a Documentary entitled the WW11 Black Liberators which first aired on November 11th, 2021 on the History Channel and will be broadcast again this Remembrance Day. John was one of the last Black WW11 Canadian Veterans. September 11th, 2022 he was presented with a medal from the Foresters Army Division located in Barrie. The Commanding Officer Medal was presented to him by the Colonel and another high-ranking officer. They came in full dress uniform to the home.

John was a lifetime member of the First Baptist Church Chatham. He was a former employee of the American Can Company and later retired from Crown Cork and Seal as a millwright.

We were blessed with many special caregivers although he was independent. We also would like to thank the special nurses at the Chatham-Kent Health Alliance who took care of him in his last days.

In lieu of flowers donations to the Wish Center Youth Program will be much appreciated.

Psalm 121 “I will lift up mine eyes unto the hills, from whence cometh my help. My help cometh from the Lord, which made heaven and earth.”