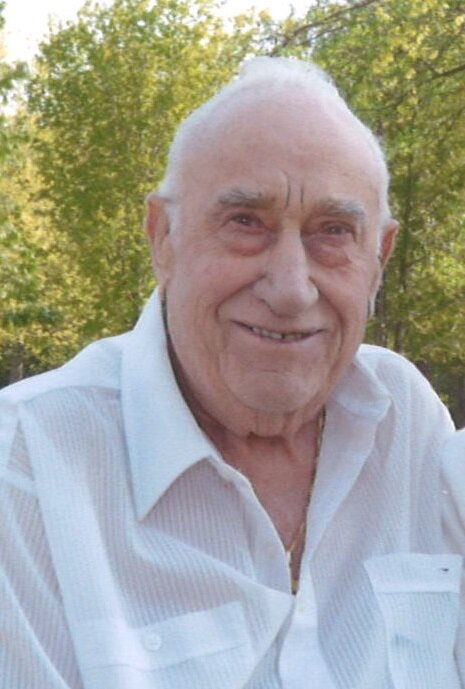 A resident of Chatham, Nicolo Maier passed away peacefully with family at his side at the Chatham-Kent Hospice on Thursday, September 8th, 2022.

Born in Capo d'istra, Italy on October 16, 1935 to the late Francesco Maier and Margareta (Mondo).

He was a devoted and loving husband to Olimpia Maier for 65 years. Nicolo and Olimpia, along with baby Marina emigrated to Canada in 1960.

He was a proud and adoring Nonno to his 7 grandchildren Erin Thomson, Nicholas Thomson (Brittany), Alyssa Maier (her Mom Kim), Madeline Maier, Alexander Maier, Sean Demers and Nicole Demers. Also Bisnonno to Finn Reeb and Rhonan Beaudry and much loved Zio to several nieces and nephews.

He is survived by his sister Anna (late Andriano) and Narina (late Salvatore of Trieste, Italy).

Brother-in-law to Vitorrio Mondo (Marie), Anne Bagnell (late Tom), Maria Mondo (late Guissipi) the late Nick and Leno. Also missed by the rest of his extended family here in Canada and across the shores in Italy.

He was an avid coin collector, enjoyed gardening and dancing with Olimpia to their favourite Italian music. He loved the outdoors, but most of all, he found happiness in every moment he was able to spend with his family.

A Funeral Mass will be celebrated at St. Ursula's Church, 205 Tweedsmuir Ave West, Chatham at 11:00am on Monday, September 12, 2022. Interment to follow at St. Anthony Cemetery, Chatham.

In lieu of flowers, donations to the Chatham-Kent Hospice Foundation would be kindly appreciated.

Online condolences can be left at www.mckinlayfuneralhome.com

Share Your Memory of
Nicolo
Upload Your Memory View All Memories
Be the first to upload a memory!
Share A Memory
Send Flowers