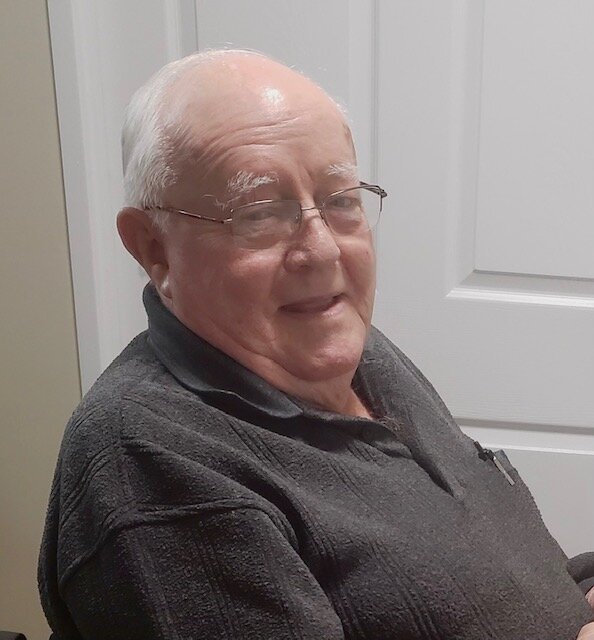 It is with great sadness that the family of Douglas Howard Rose announce his passing on July 29, 2022.

He is survived by his wife, Marion (Chapple), children Lauree (Doug) Vallery, Leanne (Andrew) Mackenzie and David (Peggy) Rose, eight grandchildren and four great-grandchildren. He will also be remembered by many nieces and nephews.

Doug was born in Dover Township, near Electric, where he farmed until retiring to Chatham in 1999. For many years he was an adjuster with Ontario Crop Insurance. He served as a director with the Kent County Vegetable Growers and Kent and Essex Mutual Insurance Company. In retirement, he was an active member of Kiwanis Club of Chatham Kent and a dedicated volunteer with the Canadian Cancer Society and Meals on Wheels.

Doug was the last of his generation. He is predeceased by four sisters, Elva (Gordon) Shortreed, Jesse (Ted) Brown, Beulah (Jim) Radcliffe, and June Rose, and his brother Kenneth (Velma), with whom he farmed for more than 50 years.

Thank you to the staff of Chatham Retirement Resort who have provided unlimited love and care for Dad and Mom over the last three years and the staff of Chatham Kent Hospice who did so much for Dad in his final days. Thanks also to Reverend Linda McFadden of Dresden Community Church for being a trusted friend and spiritual guide.

In keeping with Doug’s wishes, cremation has taken place. A private family funeral will be held at a later date. Donations to the Chatham Kent Hospice in memory of Dad would be appreciated by the family.