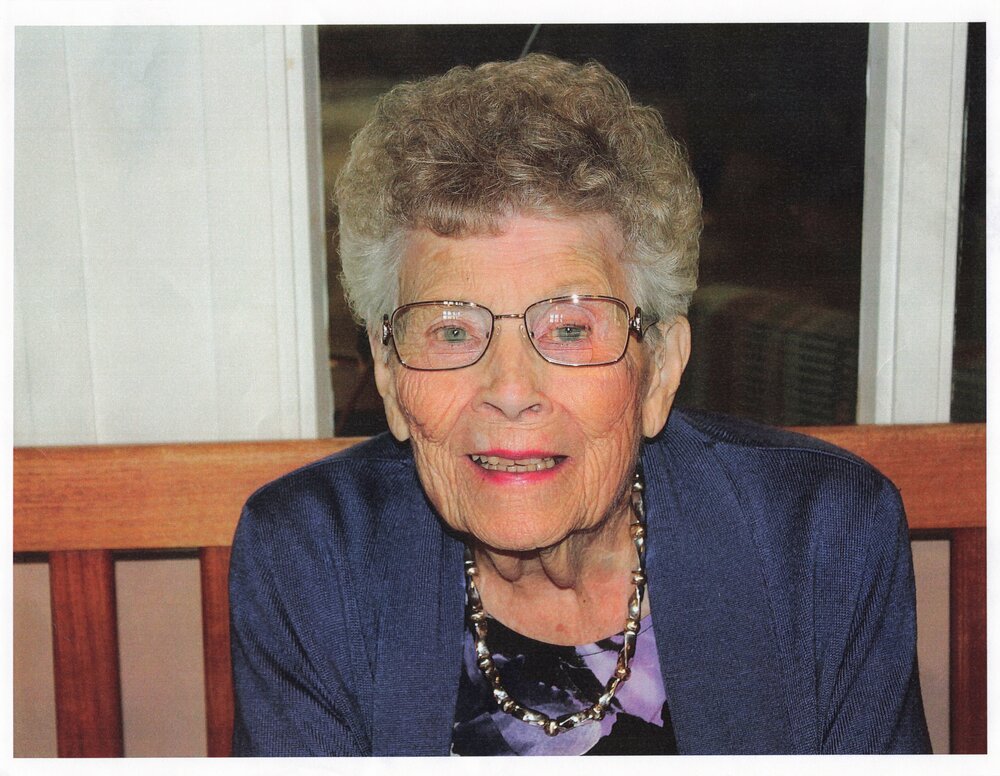 A resident of Chatham, Jean MacFarlane passed away peacefully at the Chatham-Kent Health Alliance on Tuesday, June 28th, 2022, 22 days shy of her 97th birthday.

She was the daughter of the late Walter & Norah (nee Bibby) Grand.

Jean served in the Woman's Division of the Royal Canadian Air Force during World War II in Code and Signals. She worked for many years as a Medical Secretary in the Emergency Department of the  Chatham Public Hospital, Simpson Sears and later as an agent in Real Estate. She volunteered for St. Paul's Congregational Church, was a proud Red Hat Lady and a member of the Royal Canadian Legion. Jean was a huge card player, enjoyed playing marbles & was very active in planning events up until very recently. She will be deeply missed by her family and friends.

The family would like to extend their sincere appreciation to the staff of Village on the Thames and to the staff of the Chatham-Kent Health Alliance for their care and compassion.

Family to receive friends on Saturday, July 2nd, 2022 at the Funeral Home, 459 St. Clair Street, Chatham from 10:00 am until a Service of Jean's life at 11:00 am. Cremation to follow. A Graveside Service will be held on Jean's birthday, July 20th, 2022 at Maple Leaf Cemetery at 11:00 am. Those wishing to attend are invited to join the family at the cemetery.

FUNERAL RECORDING - Please accept any apologies regarding technical difficulties for the livestream of the Service.

In memory of Jean, donations may be made to St. Paul's Congregational Church or to Chatham-Kent Animal Rescue.

Share Your Memory of
Jean
Upload Your Memory View All Memories
Be the first to upload a memory!
Share A Memory
Send Flowers