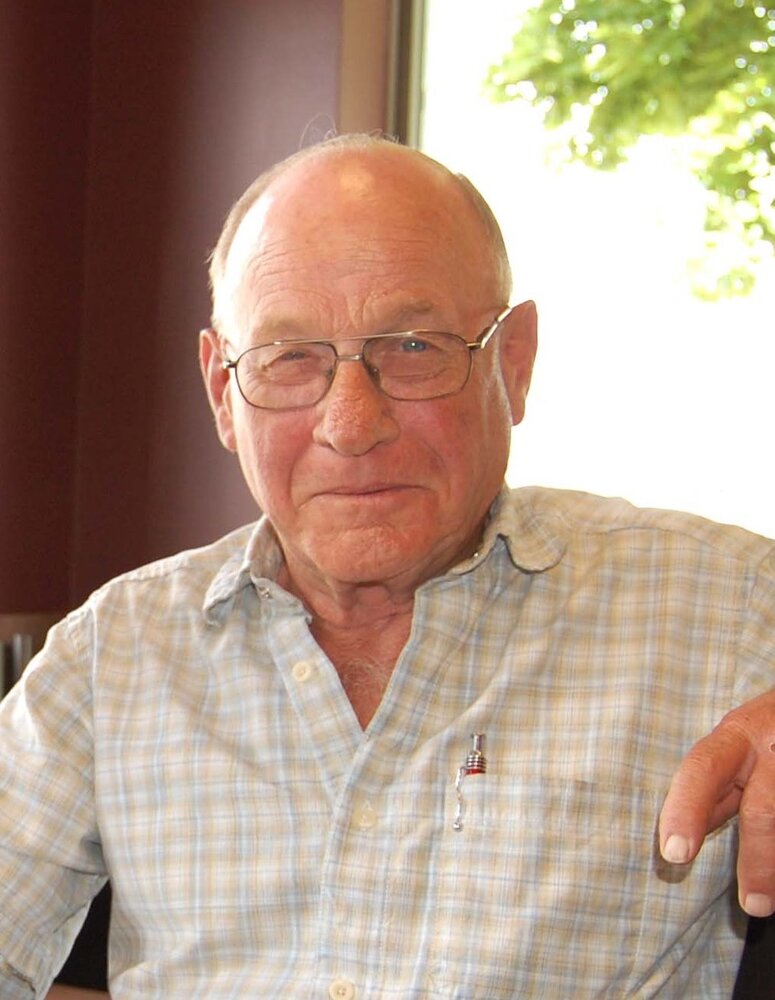 A resident of R.R. # 1 Dover Centre, Lee Montgomery passed away at the Chatham-Kent Health Alliance, Sydenham Campus with his family at his side on Sunday, May 15, 2022 at the age of 88.

Born in Chatham, Lee was the son of the late John and Muriel (Gosnell) Montgomery.

Great-Grandpa to Brooklyn and Tucker Lozon.

Lee was a proud dairy farmer. He was a member of OMFA, a life member of the Parthenon Lodge, No. 267 A.F. and A.M. for over 65 years and a former member of the Dover Township Planning Board for 25 years where he advised on the re-writing of the Ontario Agriculture Code of Practice. He was also the implementation chair of the committee. Lee was a member of the Kent County Agriculture Hall of Fame Committee and was inducted in 1997. He was an elected Director of the Kent County Holstein Club at the age of 17, serving on a number of years as secretary treasurer. He served on the Kent County Milk Committee. Lee was recognized by OMAFRA as the first farmer in Ontario to have documented issues with stray voltage/ground current in both his barn and home in 1980, making him an instrumental voice in the ongoing fight to make citizens aware of the dangers of stray voltage. He possessed strong advocacy skills toward lobby efforts resulting in the October 2006 Private Members' Bill 143 "Ground Current Pollution Act", the eventual Minister of Energy announcement of the Order in Council to the Ontario Energy Board in June 2007 and the Ontario Energy Board's facilitation efforts in on-farm stray voltage consultations in August 2007.

Lee received the Master Breeder Shield in 1971 at the age of 37, making him the youngest ever named at that time.

Lee was the first Canadian breeder to ship Canadian Holstein's to the Isle of Man, Cuba, Italy as well as others. He was a widely recognized dairy man with a once genetically superior dairy herd. Recognized in 2007 with the "Distinct Holstein Breeder Award" by Essex Kent Holstein Club for his leadership and encouragement to other Holstein Breeders.

Lee was also known in hockey rinks across Ontario and Michigan. Not only did he follow his son and his grandson, but he followed many of the players. Lee was known for stopping for quick random visits throughout, may it be for coffee, to check on a cow or to see who is playing on the ice.

Lee will be remembered for his honesty, his integrity, his passion and being very well outspoken.

Donations made in memory of Lee to a charity of your choice would be appreciated.

Share Your Memory of
R. Lee
Upload Your Memory View All Memories
Be the first to upload a memory!
Share A Memory
Send Flowers