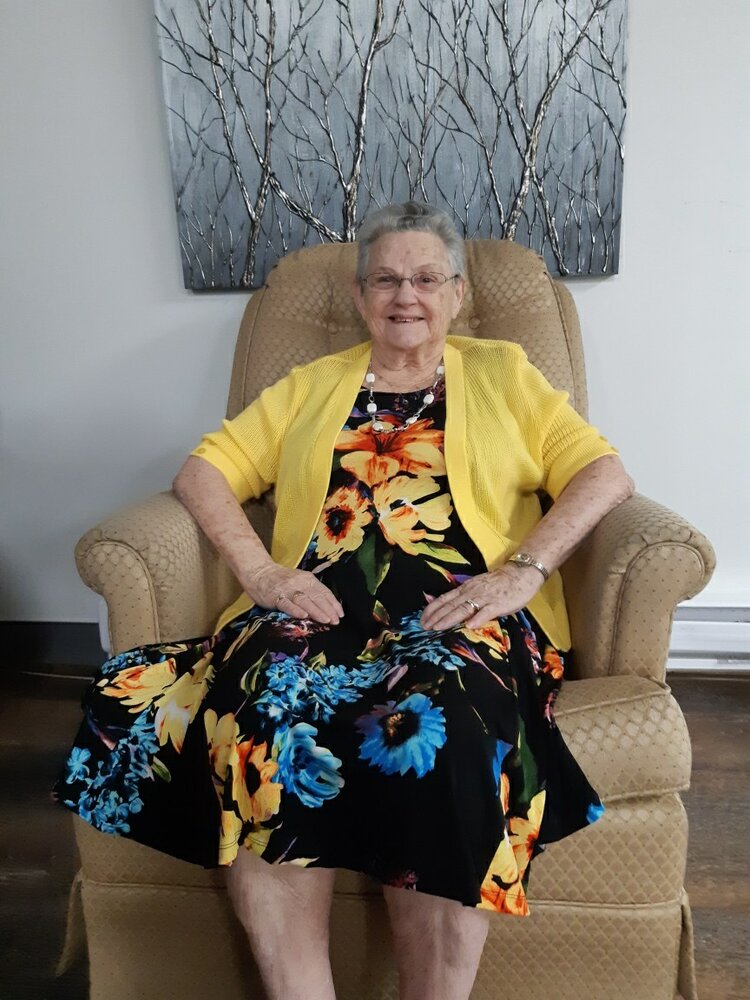 A resident of Chatham, formerly of Ridgetown, Barbara Brooks (nee Burrell) peacefully passed away at the Chatham-Kent Health Alliance - Chatham Campus on Friday, April 8, 2022 in her 89th year.

Barbara was the daughter of the late Richard and Elizabeth (nee Spence) Burrell.

Missed by many nieces, nephews, great-nieces and great-nephews.

Many thanks to the staff at Maple City Residence and the staff on the 2nd and 3rd floor of the CKHA, for their care and compassion for Barbara.

Visitation for family and friends will be held on Wednesday, April 13th from 2:00 - 4:00 pm and 6:00 - 8:00 pm at McKinlay Funeral Home, 459 St. Clair Street, Chatham. A Funeral Service in celebration of Barbara's life will be at the Funeral Home on Thursday at 1:00 pm with Rev. Jamie Tiffin as officiant. Interment to follow in Mayhew-Mount Pleasant Cemetery, Thamesville.

In memory of Barbara, memorial contributions may be made to the CNIB or the Heart and Stroke Foundation.

Share Your Memory of
Barbara
Upload Your Memory View All Memories
Be the first to upload a memory!
Share A Memory
Send Flowers