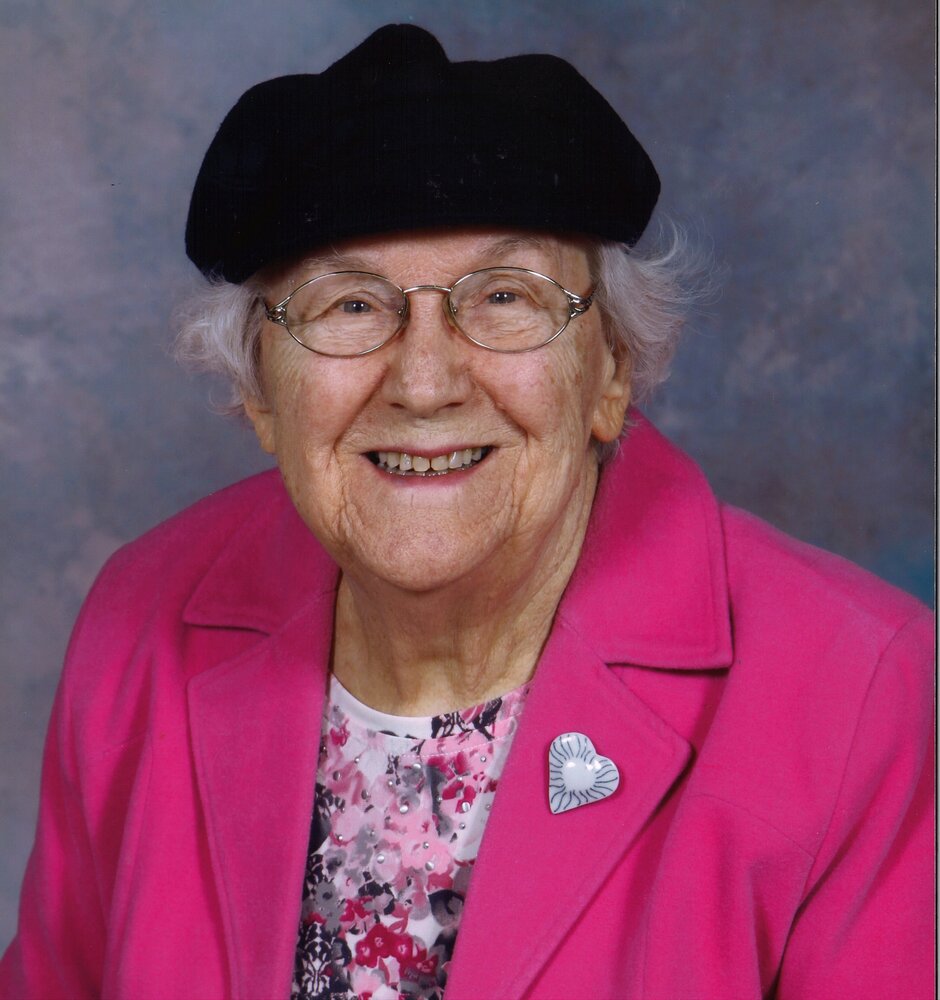 A resident of Chatham, Terry Johnston passed away at the Copper Terrace Long Term Care Home on March 17, 2022 at the age of 97.

Terry is predeceased by her parents Walter and Phoebe Ashton, and siblings Vera, Melbourne, Lillie and Mervin.

Born in Kingsmill Ontario, Terry grew up in a farming family. She worked in tobacco as a teenager and met the love of her life, William "Bill" Johnston, marrying in 1944. Bill worked for Canadian Canners after service in WW II, moving from Forest and then to Exeter. A career change moved the family to Chatham where they remained for the rest of their lives.

Terry was a stay at home Mom for her three kids. She was able to use her skills sewing, knitting, crocheting and pattern making to help clothe her family. Once her children had finished High School, she entered the workforce outside the home as a Nurses Aid at Thamesview Lodge. She improved her knowledge and experience by taking an adjuvant course in Toronto as well as graduating from St. Clair College in the Geriatric Program. She worked at Thamesview Lodge for 19 years and during this time, under her leadership the adjuvant staff received a coveted award given annually by the Association of Homes for the Aged in 1983. This award marked the first time a lodge in Southwestern Ontario had won the award for exceptional programs and activities. She retired in 1992.

After retirement, Terry and Bill became snowbirds in their RV and enjoyed many annual trips to Florida and Texas, meeting old and new friends. They enjoyed spending time at their cottage on Colpoy's Bay near Wiarton.

Wherever Terry and Bill lived or traveled they made lifelong friends who will remember their kindness and sense of humour. Terry always had a hug for everyone.

In keeping with Terry's wishes cremation has taken place. There will be no public funeral service. Private family arrangements will take place with interment at a later date.

Memorial donations made in memory of Terry to the Canadian Red Cross would be appreciated by the family.