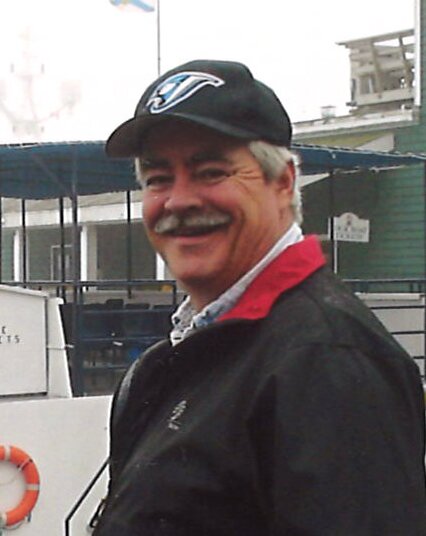 A resident of Chatham, and formerly of Mitchell, Paul Driscoll passed away at home on Friday, December 31, 2021 at the age of 66.

Born in Orangeville, Paul was the son of the late Daniel and Audrey (Blyth) Driscoll.

Dearly missed by his wife Janet Johns with whom he shared 38 years together.

Paul worked at the MTO for over 22 years, then moved on to become a Senior Contract Administrator working on large, complex highway projects until his retirement.

Paul was an avid fisherman and especially loved to fish in Erieau and Mitchell's Bay. He and Janet loved to snowmobile in the winter and jet-skiing in the summer.

Paul loved baseball and football, both of which he played when he was younger. He was a big fan of the Toronto Blue Jays, the Hamilton Tiger-cats and the Tampa Bay Buccaneers.

Paul will be remembered for his quick wit, his charm, his compassion, and his ability to tell a good story. Paul was a very proud Canadian, supported Canadian business and purchased Canadian products.

As per Paul's wishes, cremation will take place, and his remains will be spread at his favourite spot on Georgian Bay. A Celebration of Paul's life will be held in the spring.

Donations made in memory of Paul to the Heart and Stroke Foundation or Children's Treatment Centre Foundation of Chatham-Kent would be appreciated.

Share Your Memory of
Paul
Upload Your Memory View All Memories
Be the first to upload a memory!
Share A Memory
Send Flowers