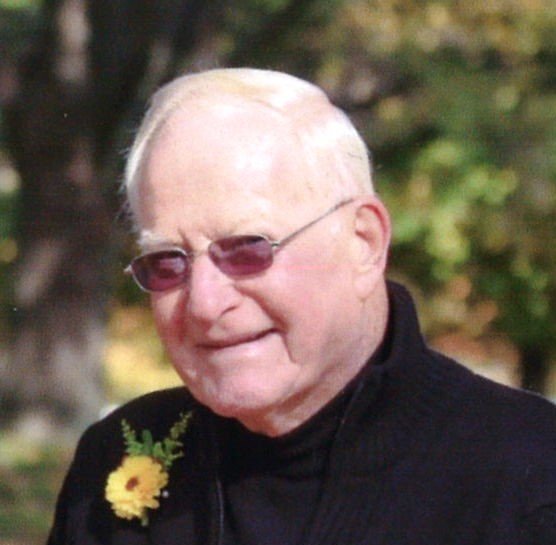 Beloved father of Brenda and husband Chuck Guyitt of Ridgetown.

Stewart was a founding member of St. Paul’s Congregational Church, Chatham.  Stewart had many job opportunities during his life but was known throughout Chatham-Kent for being Manager of M.J. Smith’s Store and thereafter a Registered Insurance Broker with Stewart Insurance.  Stewart was a member of the Kent Regiment, the Kinsmen Club, Past President of the AHCOM Shrine Club, Chairman of the Trustees of Victoria Avenue United Church, and a member of Chatham Horticultural Society. He played baseball and hockey for Chatham teams, as well as hunted and fished, but as time went by camping, horseshoes and cards became his most important pastimes.  Through all of his many activities he was most thankful for the people he met along the way who became his good friends and whom he loved to visit.

Friends and family will be received at the Funeral Home, 459 St. Clair Street, Chatham, on Thursday, November 28th, 2019 from 12 noon until the time of the Funeral Service at 1pm. Rev. Dr. Marg Moriyama officiating. Cremation to follow with interment in Pardoville Cemetery at a later date.

Donations in Stewart’s memory may be made to Shriners Hospitals for Children - Canada or a charity of your choice. Online condolences may be left at www.mckinlayfuneralhome.com.

Share Your Memory of
Stewart
Upload Your Memory View All Memories
Be the first to upload a memory!