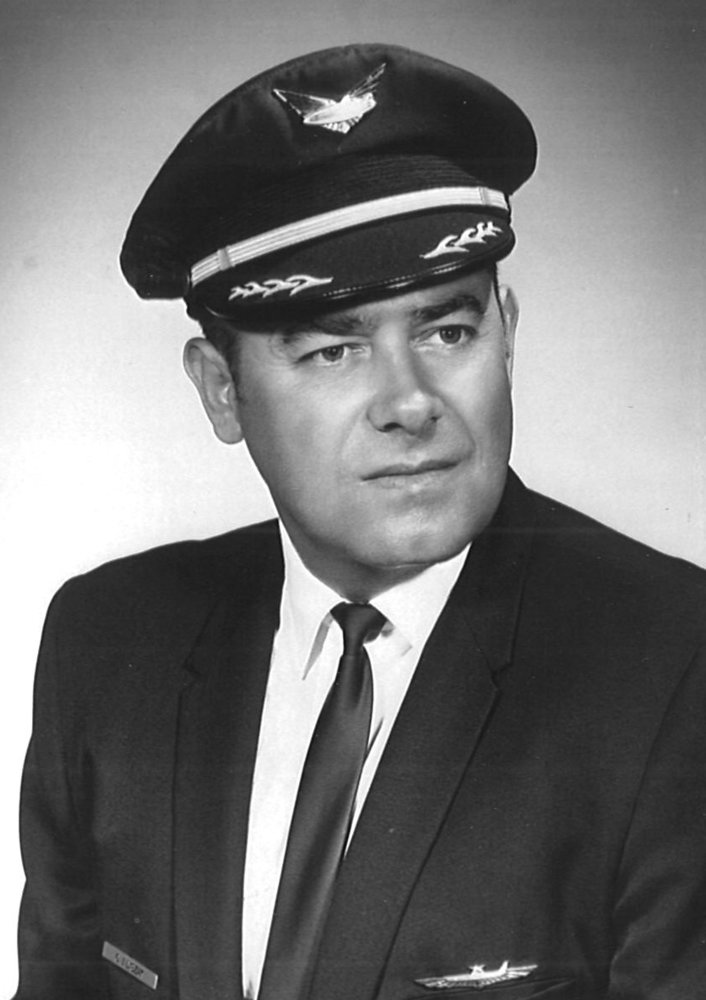 George passed away at Chatham-Kent Health Alliance with his family by his side on July 4, 2019 at the age of 87.

Born in Climax, Saskatchewan, he was the son of the late Daniel and Mary Lyszak.

George was a fireman (stoker) on a locomotive, a first class stationary engineer and a pilot. In fact, George was a crop duster, flying a Piper PA-25 Pawnee while dodging power lines. Later he became Captain aboard a Curtis C-46 for Zantop Airlines out of Willowrun Airport, Ypsilanti, Michigan. He had the highest non-military clearance to fly classified materials in the U.S. His cargo included satellite components and rocket fuel. He delivered components to Vietnam prior to the war.

George loved the outdoors and enjoyed fishing and hunting. He was a member of the National Firearms Association and the Ontario Federation of Anglers and Hunters.

Retirement from Navistar left him more time to garden and grow his favourite variety of lilies. George always had time for people who were important to him. After retirement, he joined the Coffee Club of friends who would gather at a restaurant or the Farmers' Market from Monday to Friday at 7:00 am to drink coffee and visit with one another. One of his coffee drinking buddies was his dear friend, Werner Lindemann (George loved the family too-Shirley, Paul, Mark and David).

George will be missed by many - his family, his friends, especially his oldest and best friend Gary Adams (Patricia) and his neighbours.

Respecting his wishes, cremation has taken place and he asks that you give your family a big hug on his behalf.

Donations in George's memory to the Canadian Cancer Society would be appreciated.

Arrangements have been entrusted to the McKinlay Funeral Home, 459 St. Clair Street, Chatham, ON.

Share Your Memory of
George
Upload Your Memory View All Memories
Be the first to upload a memory!
Share A Memory
Send Flowers