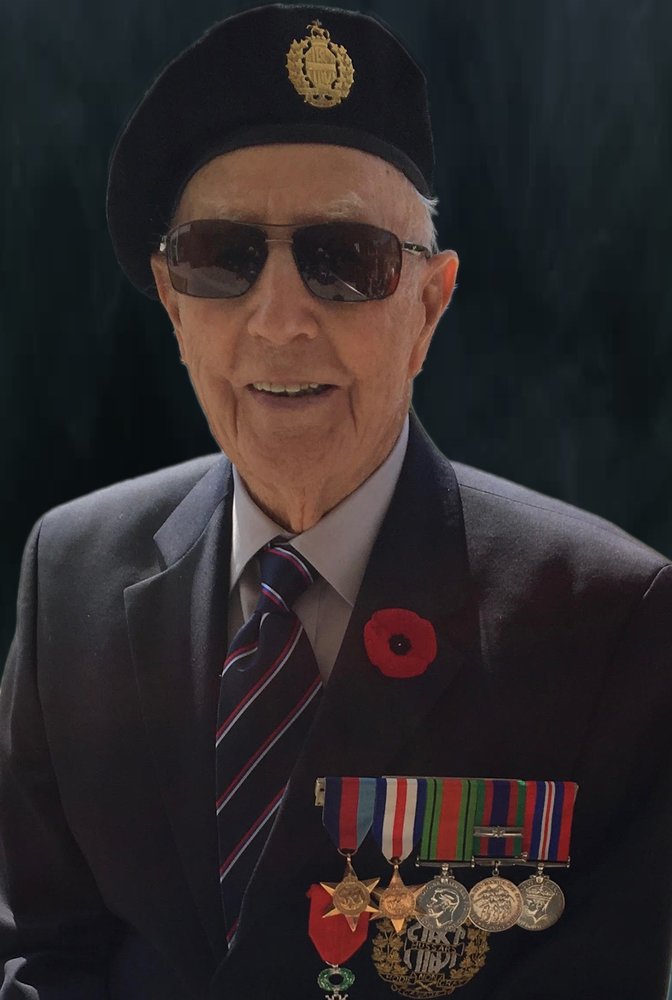 Jim passed away peacefully with his family by his side at the Chatham-Kent Hospice on Thursday, January 17, 2019 at the age of 100.

Born in Chatham Township, he was the son of the late James Claude Fisher and Florence May (nee Wright) LaPointe.

Loving father of Margaret Fisher of Chatham and Virginia McDonnell of Toronto.

Jim was chosen to be knighted with the French National Order of the Legion of Honour to pay tribute to the bravery and heroism of all Canadian Soldiers who participated in the Normandy and Provence Landings.

He was instrumental in assisting the United Way of Chatham-Kent, in the purchase of their present building.

An avid tennis player, he played well into his senior years. He had a passion for music and a knack for turning dreams into reality.

There will be a private, family funeral service and interment at Craford Cemetery.

Share Your Memory of
James "Jim"
Upload Your Memory View All Memories
Be the first to upload a memory!
Share A Memory
Send Flowers