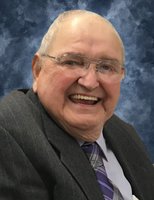 “Absent from the body, present with the Lord.” Passed away peacefully on Tuesday, March 17th, 2020 at the Chatham-Kent Health Alliance. Beloved husband of 66 years to Jean (nee Veenstra) and loving father of Pauline (Terry) Bible, Ric (Annette) Singor, Hetty (George) Postma, Rita Singor, Susan (Herb) Groenewegen. Predeceased by his eldest daughter Wenda (2015). Loving grandpa to 16 grandchildren and 20 great-grandchildren. Much loved brother and brother-in-law of Frank (Shirley) Singor, Rhea Everaars, Grace Veenstra, Johannes (Lillian) Veenstra, Florence (Norman) VanDyke, John Ray (Janet) Veenstra. Herman was predeceased by a brother, 2 sisters, 3 brother-in-laws, 1 sister-in-law and their spouses. He was blessed with many nieces and nephews. Herman was born December 27, 1929 in Friesland, Netherlands. He immigrated with his family in 1947. He met and married Jean in 1953 at the First Christian Reformed Church. The church was the centre of their life together. Herman loved The Lord and served him faithfully. A Private Funeral Service will be held on Friday, March 20th, 2020 with interment to follow in Maple Leaf Cemetery, Chatham. Donations may be made to the Chatham Christian School in memory of Herman. Online condolences may be left at www.mckinlayfuneralhome.com. “Be still,and know that I am God; I will be exalted among the nations, I will be exalted in the earth!” Psalm 46:10